In particular, the Jackpotjoy free slots site hosts some of the most popular games on Facebook. Since the site launched its free slots on Facebook last summer, over eight million players have now played. 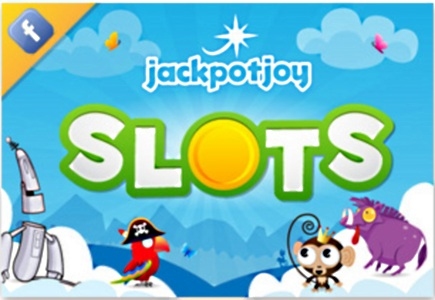 With Facebook slots, you couldn’t really get much further from the relatively solitary and slightly boring pursuit of the slot machines of old in a smoke-filled pub or club. Today, an increasing number of people are playing the games simply for fun and socialisation through Facebook. Jackpotjoy’s new range of over 30 free slots feature fantastic graphics – whether for multiline games or traditional games with their retro styling.

What really sets these games apart, though, is their functionality and, of course, their branding. On the latter point, Jackpotjoy really put itself on the map by using Barbara Windsor to front its advertising. The former Queen Vic landlady turned Queen of Bingo is the perfect complement to the tongue-in-cheek overall branding approach Jackpotjoy takes. For example, its most recent TV ad features Barbara acting as a starter at the Santa Pod raceway, as two pensioners race off against each other on their super-charged mobility scooters.

Naturally, the older female contestant takes home the spoils, but again, the ad finds its kitsch niche in a way that appeals to a far younger Facebook audience.

And that younger Facebook free slots audience is growing like mad due to the games’ functionality. But it’s the social aspect that really adds the extra dimension.

For example, you can choose to play directly against your Facebook friends when you play Jackpotjoy’s free slot machine tournaments. But to enter the tournament in the first place, you have to give up a few of your hard-earned virtual coins and, of course, you may not win the tournament. If you do, however, then there are big virtual coin prizes to be won; so it’s a balanced risk. And throughout the free slots tournament, you can check not only your own position on the leader board, but that of your friends too – which all adds a little spice to the proceedings.

Similarly, the more games you play, the more free slots and advanced levels within games you can unlock through Jackpotjoy on Facebook. So you then stand to win ever more coins and can steal a march on your friends.

Also, there’s a free coin bonus every four hours, and all players get to take the “Daily Spin” – in which they stand to win more coins still.

It seems to be this kind of friendly rivalry and kitsch branding which are the key to Jackpotjoy’s free slots’ success on Facebook.