Back around 2012, the thought process behind progressive jackpots was that they were impossible to hit. It was about the equivalent to winning the lottery, because the overall chances were extremely high. If you were lucky enough to win the progressive jackpot, you probably had to play the maximum bet in order to receive the total winnings.

Most casinos still utilize this approach today, even online casinos. However, it is much easier to hit a progressive jackpot, and you don’t have to play the maximum credits. Keep in mind, there is no guarantee you will hit one, but never hurts to increase your chances. 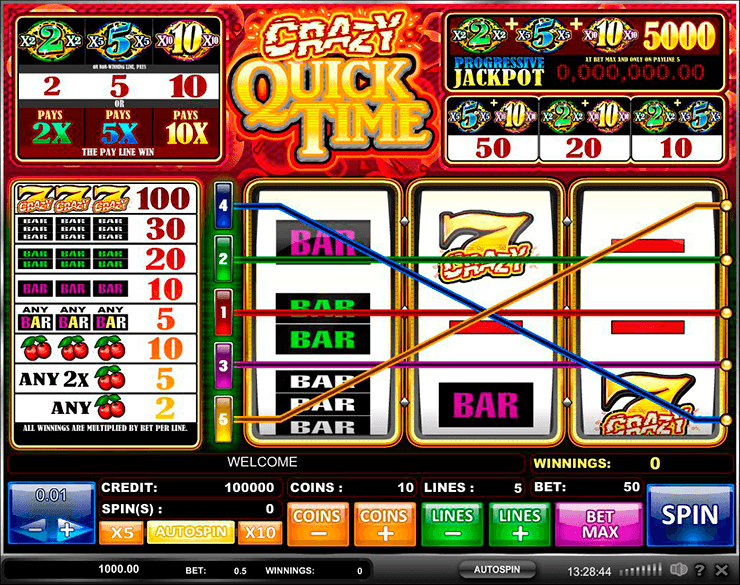 Let’s say you’re playing one of the Netbetcasino Jackpots like Quick Time. Sure, it would be nice to hit a £15,000 winner, but how many maximum bet spins are you going to have to place in order to “maybe” hit it. Since it’s more likely that you will not, we don’t suggest playing the high amounts per spin.

Instead, consider dropping your bet down to a two or three bet per line. Even though there might not be a big difference between .50 cents and £1.00 in the real world, it can make a huge difference in the gambling world. After all, just by taking this approach, you are increasing your spins by an additional 100.

The Myth: True or False?

We’ve never really researched this enough to have a clear and concise answer, but some gamblers believe smaller bets means a better chance at hitting the progressive jackpot. In this case, it doesn’t have anything to do with additional spins, but more about how the machine pays out.

Over the years we’ve seen all kinds of different traits on a slot machine, which includes better payouts on smaller bets. Individuals with a “conspiracy theory” thought process might believe the maximum bets are there to recoup lost money, won by smaller increments. Our opinion is that this is most likely not the case, considering there are a host of regulations and rules a casino has to consider when offering slot machines as a gambling choice.

Then again, our own results could strengthen the ‘truth’ case. In 2012 we played a game called Penguin Power. These little guys would slide across the ice, and it was quite an entertaining game (it’s still around today). We hit this progressive for $9,928.16. It was an amazing feeling, but we actually lowered our bet approximately 25 spins before it hit.

The actual progressive amount was over $38,000, but would you complain about winning almost $10k at the push of a button? Granted, we haven’t been able to hit another one on any game since, and we have tried lowering the bets to see if it increases our chances; it doesn’t.

At the end of the day, it’s all about gambling what you can afford to lose. If you are lucky enough to be a winner, then you will enjoy every minute of it. Maybe today you will hit one of the Netbetcasino Jackpots or another casino.