It’s just a fact of life that you aren’t always going to have the cards you need to win the hand. Bluffing has been a part of poker for years and there’s a definite skill in being able to trick your opponents into thinking that your hand is something else. Getting the other players to keep raising when you have a strong hand is one thing, but convincing them that you have the best hand when all you have is high card or a low pair? That’s a whole different kind of bluffing. Sometimes a player will see clean through it and call, even though you’re sending all the signals. The only way you can refer to that is a Hero Call. Here are a few examples of some pure heroism from players who just weren’t willing to fold. And if this gets you in the mood to play, why not stop by https://casino.paddypower.com/live/3-card-brag and see how lucky you are? 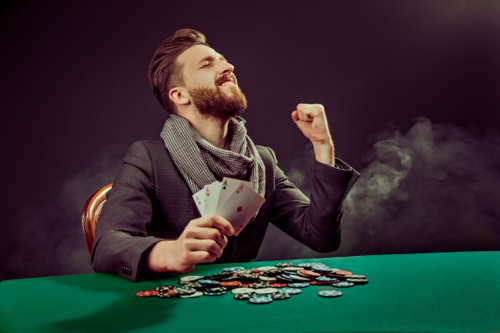 At the 2015 PokerStars Caribbean Adventure, an experienced Steve O’Dwyer was facing off against a comparative amateur in Roger Sippl. The hands were dealt, Sippl had J♠10♦ and O’Dwyer A♥10♣. As the game progressed the cards came out and they ended up with Q♥8♦8♣2♠3♠ on the river. Both players only had their high cards to play off and it was going to be down to who could get the other to fold and Sippl was determined it wouldn’t be him. He went all in on the final card, a clear message that he had something. If O’Dwyer called he would win the entire pot and be the champion, if he folded he was still up 2 to 1 but would concede a lot of ground. Finally, he called – and was rewarded with the win.

But not every Hero Call pans out and when David ’Devilfish’ Ulliott played against Sam Trickett at the 2011 Party Poker Premier League was one such example. Trickett lived up to his name and managed to talk circles around ‘Devilfish’ who had 9♠9♥against Trickett’s K♠K♥. As the round progressed the two kept asking each other questions, seeing how they fared and eventually the banter from Trickett was enough to talk ‘Devilfish’ into making a Hero Call which he should not have made with both players relying on their pocket pairs after a river that contained 4♠J♥Q♠6♥A♣. Not one of ‘Devilfish’s’ finest moment.

The World Series of Poker 2009 was full of amazing play, but one of the stand out performances was Lex Veldhuis, who bluffed all over everyone he came to, beating Daniel Negrenau at one point, but even that wasn’t the most impressive call he made. The most impressive was when he was squaring up to none other than Doyle Brunson himself. Brunson had Q♠7♠, Veldhuis has 9♠2♠ as the cards were dealt they ended up with 6♣2♦3♥J♣4♣. Veldhuis technically had the strongest hand but a pair of deuces is hardly the kind of hand you stick around for, especially when Doyle Brunson is tossing in $60,000 upon seeing the last card. All he’d need is a 5 for a straight and Veldhuis would be done. But despite the odds and Brunson’s bluff, Veldhuis called. It was so impressive that the immediate reaction from the table was to agree that they weren’t going to bluff against Veldhuis again.

But what do you think? Do you think we’re missing a Hero’s Call that deserves to go down in the history books? Let us know in the comments below!